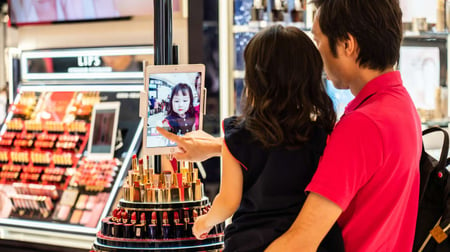 For many retailers and cosmetics brands that have relied mostly on in-store sales, apps and an increasing online presence are among the plans to keep customers engaged and give them some of the benefits of shopping in brick-and-mortar stores. L’Oreal and Estee Lauder have implemented virtual beauty tools — L’Oreal’s allows a consumer to try on over 100 shades of products, ranging from lip products to hair colors and eye products. Estee Lauder has a virtual try-on tool that allows shoppers to sample foundation shades and lip shades. Estee Lauder has implemented iPads in stores so customers can try on shades while shopping in person, an effort to ensure safety measures and prevent actual sampling of products. CNBC 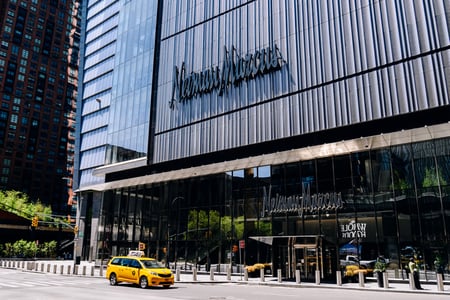 Neiman Marcus for years craved having a store in luxury’s global capital, New York City. The high-end department store chain finally reached that goal last year, but it proved to be fleeting.The company, which filed for bankruptcy protection in May under the weight of massive debt obligations and shriveling sales, will permanently close the store—located in the sprawling Hudson Yards development on Manhattan’s West Side—after only a year in operation, according to federal bankruptcy court documents filed on Thursday. Fortune

Spotify this morning announced a global, multi-year licensing agreement with Universal Music Group, which secures the label’s catalog for streaming rights but also signs it on to be an early adopter of Spotify’s future products and provide feedback to Spotify’s development team as those products are being built. Deal terms were not disclosed, but “multi-year” agreements like this would last at least two years, if not three.    The agreement brings on Universal to Spotify’s “two-sided marketplace” — a term Spotify CEO Daniel Ek has been using for years to describe the company’s overall strategy. Essentially, its plan is to generate revenue not only from the service’s paying subscribers and advertising, but also from the artists and labels that pay for tools to reach those music fans. TechCrunch

Authentic Brands Group and Sycamore Partners are among the parties considering buying bankrupt Ann Taylor parent Ascena Retail Group Inc., according to people familiar with the matter. Authentic would team up with the two largest mall landlords, Simon Property Group Inc. and Brookfield Property Partners, to buy all or some of Ascena’s assets, said the people, who declined to be identified because the process isn’t public. Ascena had been struggling to contend with dated brands and merchandise and a shift to online shopping despite a string of acquisitions over the years. In its bankruptcy filing, it said it plans to winnow its 2,800 locations to just 1,200, putting a significant portion of its 40,000 employees at risk. The company’s other chains include Loft, Lane Bryant and Justice. It said in court papers that it plans to close all of the stores in its Catherines chain. Australia’s City Chic Collective Ltd. agreed to be the lead bidder in an expected auction for Catherines’ intellectual property and e-commerce business. Bloomberg

Sema4, the Stamford, Connecticut-based digital healthcare company now worth just over $1 billion, takes its name from the system of sending messages via code. And like its namesake, Sema4 is trying to send messages of its own to the broader healthcare system based on the signals it uncovers in massive data sets of population health that can reveal insights and best practices, according to the company’s founding chief executive, Eric Schadt.Spun out from the Mt. Sinai Health System in June 2017, Sema4 is the second digital healthcare company in a week to reach a billion-dollar valuation from investors (Ro, too, is now worth over $1 billion). In this case, Sema4’s $121 million financing came from BlackRock, Deerfield and Moore Capital, and follows only 12 months after another $120 million institutional financing from investors, including Blackstone, Section 32, Oak HC/FT, Decheng and the Connecticut Innovation Fund. TechCrunch