Amazon is in talks with Simon Property Group to take over space in malls left vacant by closed department stores, namely those once occupied by Sears and J.C. Penney, according to a Wall Street Journal report. Amazon would turn the spaces into online fulfillment centers, according to the report, which cited anonymous sources familiar with the talks. The Journal wrote that it was unclear how many cites Amazon is considering or if talks would end in a deal. An Amazon spokesperson said in an emailed statement to Retail Dive that the company "has a policy of not commenting on rumors or speculation." A spokesperson for Simon did not reply to Retail Dive's request for comment. Retail Dive

Brooks Brothers on Tuesday said it's asking a bankruptcy judge to approve the sale of "the vast majority" of its global business operations and intellectual property to Simon Property Group and Authentic Brands Group, after the companies upped their initial stalking horse bid by $20 million to $325 million. As part of the agreement, the commercial property developer and the brand conglomerate, which have formed a "50-50 joint venture" called "Sparc Group," have committed to keeping open at least 125 Brooks Brothers stores, according to a Brooks Brothers press release.If the deal wins court approval at a Friday hearing, it could close by the end of the month, subject to closing conditions and regulatory approval. Retail Dive

Franklin Templeton Is in Talks to Back Sneaker Unicorn Allbirds

Franklin Templeton is in talks to invest in shoemaker Allbirds Inc. at a premium to its $1.4 billion valuation in 2018, according to people with knowledge of the matter. Founded by Joey Zwillinger and Tim Brown, the San Francisco-based company posted around $190 million in net revenue last year, said one of the people, who asked not to be identified because the talks are private. The talks are ongoing and funding terms might still change. Bloomberg 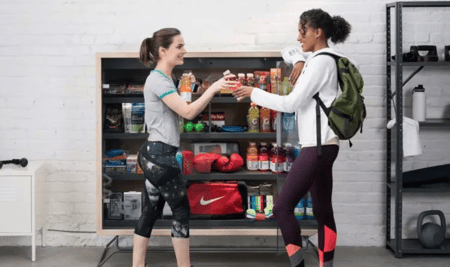 Called Bodega, this startup installs unmanned pantry boxes in apartments, offices, dorms, and gyms. It promises convenience, but also represents competition for many mom-and-pop stores.Paul McDonald, who spent 13 years as a product manager at Google, wants to make this corner store a thing of the past. Today, he is launching a new concept called Bodega with his cofounder Ashwath Rajan, another Google veteran. Bodega sets up five-foot-wide pantry boxes filled with non-perishable items you might pick up at a convenience store. An app will allow you to unlock the box and cameras powered with computer vision will register what you’ve picked up, automatically charging your credit card. The entire process happens without a person actually manning the “store.” Fast Company

The home-sharing startup is quietly moving forward with its plans to file for an IPO, The Wall Street Journal reports, and it could be a publicly traded company by the end of 2020. Before the coronavirus pandemic, Airbnb was widely expected to go public this year. The company at its peak was reportedly valued at $31 billion, and unlike many cash-burning tech startups that have come before it, Airbnb proved it could turn its business model into real profit. But as travel plans around the world were dashed by COVID-19, Airbnb’s plans changed too. The company announced a dramatic downsizing in early May, laying off about 25% of its staff and refocusing its efforts on its core home-sharing product. Fast Company

How Fashion Can Tap Into China’s Latest TV Craze

Every Friday since June 12, hundreds of millions of Chinese viewers have tuned in to Chinese streaming platform Mango TV’s new hit programme, Sisters Who Make Waves. The show, a knockout-style singing competition, goes against the entertainment industry’s ageist grain by featuring 30 older, established female artists rather than undiscovered starlets. Within three days of the programme’s premier, it already raked in 370 million views. Soon after the credits roll each week, social media platforms like Xiaohongshu and Douyin are flooded with content recreating contestants’ beauty and fashion looks. From videos revealing their exact lipstick shades to serums and face massaging devices credited for actress and participant Ning Jing’s age-defying looks, China’s latest pop culture obsession has cemented itself as a sales-driving hot topic for largely domestic fashion and beauty players. International brands, however, have been slower to take advantage of this marketing opportunity. BoF