Uber Says It Will Become Profitable Next Year, Boosted By $2.65 Billion Postmates Acquisition

After announcing on Monday its plan to buy Postmates for $2.65 billion, Uber says it’s confident that the acquisition will help it become profitable by 2021, even as its ride-sharing business continues to struggle amid low demand during the coronavirus pandemic.“We’re very confident we’re going to get to profitability next year and we have enough of a diversified portfolio to make that statement with quite a bit of confidence,” Uber CEO Dara Khosrowshahi told CNBC on Tuesday. Uber’s stock has risen 7% since the company on Monday announced that it would buy food delivery service Postmates in an all-stock transaction, worth $2.65 billion, in a deal that will likely close in the first quarter of 2021. The deal merges the fourth-largest U.S. food delivery company with Uber Eats, the second-largest service by market share after DoorDash, according to Second Measure and Edison Trends. Forbes 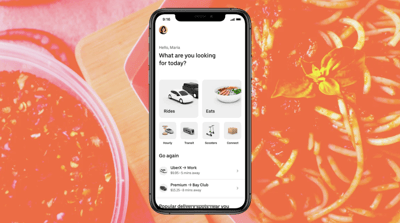 Inside Uber’s Billion-Dollar Bet to Deliver Food, People, and Everything Else

Earlier this week, Uber acquired Postmates, the number-four player in the food delivery space, for $2.65 billion. It was a clear statement that Uber is no longer just a rides company, but a home delivery company. Now, Uber is rolling out a new design in its main app that gives its Uber Eats business equal real estate with rides on the app’s home screen. This shift in Uber’s business began last year, but was dramatically accelerated by the coronavirus pandemic. As people began sheltering in place, the company’s rides business fell by 80% in April, and Uber Eats, the restaurant food delivery business, suddenly became its most popular product. Now, Uber Eats’s success has established it as a model from which Uber can design other services that rely on its advanced logistics platform. Fast Company

Google, Facebook and Twitter said they were reviewing China’s punitive new national security law for the city, a public questioning of Chinese policy by major American tech companies. TikTok went even further than the American companies on Monday, saying it would withdraw its app from stores in Hong Kong and make the app inoperable to users there within a few days. The video app is owned by the Chinese internet giant ByteDance but is not available in mainland China. TikTok has said that managers outside China call the shots on key aspects of its business, including rules about content. NYT

Today, customers can make in-store or virtual viewing appointments through the Showfields website. For those visiting in person, the retailer is launching Magic Wand, a new app designed to augment the in-store experience by serving as a virtual retail adviser for customers. While inside Showfields, you can use your phone to tap or scan a display object, and the app will provide additional information on it. The app will also allow customers to suss out product prices, add them to a digital cart, and then check out without interacting with a store associate. Then, you can pick up a bag full of sanitized products on your way out. Fast Company 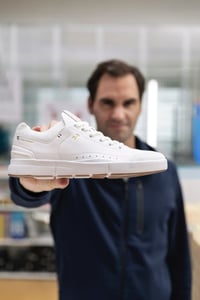 Can Roger Federer Help Build the Next Big Sportswear Brand?

The 20-time Grand Slam winner is commemorating the date with the launch of his first sneaker for Swiss running label On. Named “The Roger,” Federer’s debut is inspired by a tennis shoe, but it’s designed to be much lighter and intended for everyday wear, rather than professional sports. As with On’s more performance-driven trainers, the shoe is outfitted with the “CloudTec” technology (a special sole designed to enhance the running experience) for which On is best known. The company’s first “Cloud” performance sneaker, launched in 2010, quickly gained traction among the running community. Federer’s tie-up with On is much more than the typical ambassador-brand relationship. For starters, he invested an undisclosed amount in the company last year, consulting for the brand before signing on to co-develop product. As the tennis star put it to BoF's Imran Amed in an exclusive interview for the BoF Podcast, he wanted to see if it would be possible “to create a deal and partnership that is more than the pay-to-play deal.” BoF 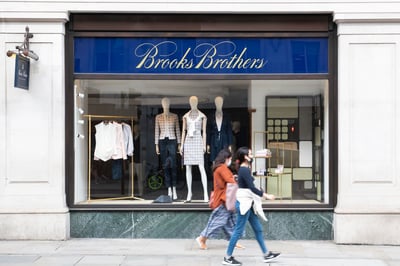 Brooks Brothers dressed the American business class in pinstripes for more than 200 years and survived two world wars and the shift to casual dressing. But it was no match for the coronavirus pandemic. The closely held company, which is owned by Italian businessman Claudio Del Vecchio, filed for bankruptcy protection in Wilmington, Del., on Wednesday. One of the few brands to make clothes domestically, it plans to halt manufacturing at its three U.S. factories on Aug. 15 and will use the bankruptcy process to search for a new owner. WSJ