Salter may not be a household name, but he may be one of the industry’s best chances of saving long-loved brands from joining Woolworth and Blockbuster as once-great also-rans. Plenty of retailers were already teetering on the edge of solvency before the coronavirus pandemic hit, accelerating the 44 retail bankruptcies and more than 6,000 store closures already announced this year. That creates opportunity for a company like Authentic Brands Group, which was generating $15 billion in annual retail revenue before Covid-19 emerged from Wuhan, China, eight months ago. He said he recently received a fresh capital infusion of $600 million from backers BlackRock, General Atlantic and Leonard Green & Partners for more deals. So Salter is now sitting on plenty of cash and is on the hunt for deals.   CNBC 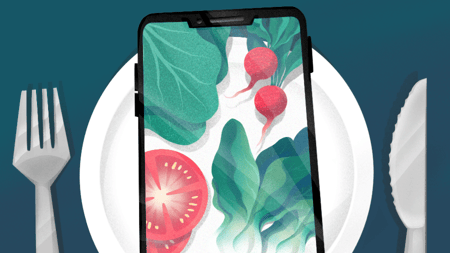 Agtech Sector Blooms As More Dollars and Startups Rush In

Farming has been around for thousands of years, but investments and startup activity in agricultural technology, commonly known as “agtech” or “agritech,” have only exploded over the past five years. In fact, in each of the last two years, venture capitalists invested $4 billion in startups in the agtech space, according to Crunchbase data. Based on the $2.6 billion already given out as of Aug. 14 of this year, 2020 is poised to repeat or even exceed the previous years. Better Food Ventures Partner Seana Day began tracking agtech startups more than five years ago. She said that farming is an area that isn’t typically tech-enabled. In fact, COVID-19 reminded the world about the food supply chain, she added. “There was a disconnect between demand signals and supply, which is why you saw empty grocery shelves,” she said. “At the same time, the dairy farmers were dumping milk because they didn’t have a process in place to massively produce small consumer packaging.” Day estimates that global food and agriculture fund managers have about $130 billion in assets under management, which is driving a surge in investments as well as a shift in thinking. Crunchbase

Pre-Orders Are Becoming a Popular Tool for Fashion Brands. But Are They a Good Idea?

Priced at less than $300 each, Telfar’s artificial leather “Bushwick Birkin” was designed to cost less than what the brand’s initial customers might earn, as founder Telfar Clemens put it, in a night of work as a DJ. But Telfar’s rapid growth in popularity threw a wrench in its accessible strategy. Now, the T-embossed totes sell out within minutes of hitting the brand’s website. Some have even popped up on resale sites this summer for more than double the price after a fast-selling bag restock in late July left customers particularly disappointed, and became a trending Twitter topic. The brand’s solution: a one-day unlimited pre-order option for every style and colour, to be delivered no later than January 15. That’s a long time to wait, and the offer comes with some strict rules: full payment upfront, no refunds and no cancellations. BoF

Spas and professional skin and body treatments are high touch by their very nature. In a pre-COVID world, the therapeutic and healing benefits of touch were ingrained in the very DNA of the spa industry. Much of the professional beauty world is still partially in lockdown and some treatments remain off-limits. Beauty Matter

Women’s activewear retailer Sweaty Betty is preparing to put itself on the block, according to people with knowledge of the matter. The London-based company could fetch about 400 million pounds ($524 million) in a transaction, according to one of the people, who asked not to be identified because the deliberations are private. Potential suitors could include large retailers or a private equity firm, another of the people said. One of the company’s largest backers is consumer-focused private equity firm L Catterton, which invested in Sweaty Betty in 2015. Sweaty Betty was founded by Tamara Hill-Norton and Simon Hill-Norton and opened its first location in 1998. It has more than 60 stores across the UK, US, Canada and Hong Kong, its website shows. BoF