Here's TRAUB's roundup of recent retail news. Amazon debuts Halo smart subscription service and wearable tracker, Disney teams up with Translation to help brands connect with culture, Jack Ma's Ant Group gears up for what could be the biggest IPO in history, and more.

Ant Group, the Chinese fintech giant controlled by Alibaba founder Jack Ma, filed to go public today in what could be the largest IPO since Saudi Aramco’s record-breaking offering late last year. The parent company of Alipay, China’s largest digital payments platform, is expected to raise $30 billion for a dual listing in Shanghai and Hong Kong. It plans to list on the STAR Market exchange—China’s answer to the tech-focused Nasdaq—in addition to Hong Kong’s stock exchange. In a prospectus published on Tuesday, Ant Group offered a glimpse into its financials, revealing the size and scale of its operations for the first time. The company says it earned 18 billion Chinese yuan ($2.6 billion) in net profit last year on revenue of 120.6 billion yuan.And growth is accelerating: Ant Group says it brought in 21.9 billion yuan on revenue of 72.5 billion yuan during the first half of 2020 alone. Fast Company

The iconic luxury retailer, which became the country’s first department store in 1826, has announced that it will close all of its remaining stores with liquidation sales kicking off today. The company had filed for Chapter 11 bankruptcy on August 2. It initially planned to keep 19 of its 38 locations open, but a few weeks later it cut the number to 14, before deciding this week that everything must go. And indeed, everything must go. “Deep discounts plus departmental promotions will be effective throughout the sale process in store and online,” the company said in a statement. “Discounts apply to existing inventory, new store arrivals and on new categories not previously sold at these stores. The historic event will also feature the sale of in store fixtures, furniture, and equipment.” Lord & Taylor, which was sold to clothing rental upstart Le Tote in 2019, has a long history of trailblazing: As America’s first department store, it pioneered the idea of the personal shopper, and following World War II, it was the first major retailer to be led by a woman. Fast Company

Disney Team with Translation to Help Brands Connect With Culture

Now, ESPN parent Disney today announced a multiyear partnership with Translation to work with brand marketers across all the company’s media properties like ABC, Hulu, and National Geographic. President of Disney Advertising Sales Rita Ferro says that they had been working on new and more effective ways to engage with more diverse audiences for years. They have a dedicated team focusing on Spanish-language advertising work, but major marketers often would talk about the importance of the African American consumer or the Latino consumer as part of their overall strategy, asking for a solution that would justify the investment in those audiences. Fast Company

As Sue Nabi prepares to formally step into the chief executive officer’s role at Coty Inc., she is ready to refocus the ailing company on some key tenets of the beauty business — like good products. Nabi, who spoke to Wall Street analysts on Thursday, said Coty needs “to work on products.” “I really would like this company to become a product-driven, product-centric, but also new business model-centric company,” Nabi said. “If your product is not the best one on the market, if it’s not the one that delivers better than the others, if it’s not a product that’s perfectly designed for usage, but also for performance, and last but not least, if it’s not a product that you feel not guilty by using because it’s sustainable, then you’ll be happy to stick to this product.” WWD 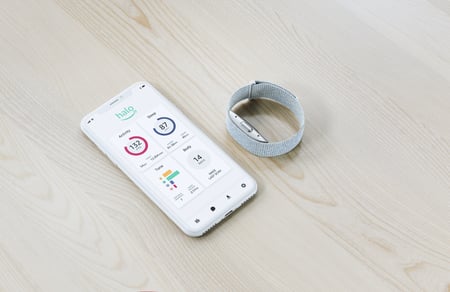 Amazon today introduced an entirely new membership program called Halo that aims to provide comprehensive personal health and wellness monitoring and advice. The Halo service, which is opening to early access by special request today, includes both the service and a new Amazon Halo Band wrist-worn activity tracker for $64.99 for a six-month membership. Amazon says the standard public price of the same will be $99.99 once it’s more generally available.Halo looks to offer more than your standard health tracking gadget/app combo, by taking a comprehensive look at various measures of health, including body fat percentage, as measured at home with just your smartphone’s own camera and the Amazon Halo app. The company says that it was able to make this possible using its own advances in computer vision and machine learning. Amazon employs deep neural network-based processing of your uploaded photos to separate your body from its surroundings, analyze so-called body fat “hot spots” where it’s easier to measure body fat percentage, and then generates a 3D model of your body. You can then use a slider to adjust your body fat percentage up or down to see what kind of impact gaining or losing body fat would actually have on your physique. TechCrunch

Amazon is forging ahead with plans for a luxury brand platform, with the first of a dozen international accessories and ready-to-wear labels opening shops on the site as fashion show season kicks off in September, WWD has learned. The labels, which hail from Europe and the U.S., will operate their own concessions on the site with a business model that’s more similar to the Farfetch marketplace than Net-a-porter or Matchesfashion. Yahoo Finance

Apple’s mystique doesn’t stem from a reputation as an innovator or pioneer, but rather as a refiner of technology or a popularizer of existing hardware or features. It is the trendmaker of the consumer electronics world.
So when the company responsible for turning laptops, smartphones and smartwatches into coveted products picks up a business in a different tech sector, the industry tends to take notice. Especially when it’s a targeted virtual reality platform — like Spaces, the VR outfit that Apple confirmed it’s buying on Tuesday for an undisclosed sum. The start-up, which was originally born of DreamWorks Animation, was known for powering a VR attraction tied to Terminator Salvation: Fight for the Future. It shifted gears recently due to the pandemic, diving into the much more utilitarian VR video conference call use case. But this virtual environment is unique: The host is represented by an avatar that mirrors his or her actual movements. WWD