Here's TRAUB's roundup of recent retail news. Macy's opens smaller stores away from the mall, Tik Tok could turn Walmart into an advertising powerhouse, GoPuff receives $1B to build the ultimate online convenience store, and more.

Macy's Is Opening New, Smaller Stores Away From the Mall, and It Reflects a Growing Trend in Retail

Macy's is testing the waters outside of America's shopping malls. During its quarterly earnings call on Wednesday, Macy's CEO Jeff Gennette said the department store chain would test new small-format Macy's stores in locations outside of malls. It will also test a Bloomingdale's store off-mall, beginning in the fourth quarter of 2021. "We continue to believe the best malls in the country will thrive," Gennette said. "However, we also know that Macy's and Bloomingdale's have high potential off-mall and in smaller formats." Macy's has designated Dallas, Atlanta, and Washington, DC, as test markets for the new stores. Business Insider 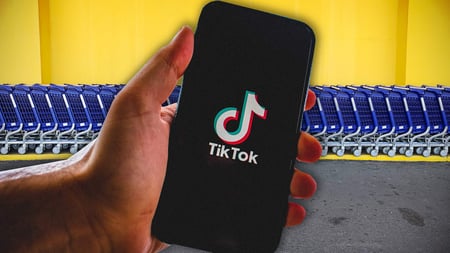 Tiktok Could Turn Walmart Into an Advertising Powerhouse

Walmart is interested in going in with Microsoft to buy the U.S. operations of popular social video app TikTok, and the retailer’s motivation for buying in likely has a lot to do with digital ad dollars.At first blush, you might imagine Walmart using TikTok as a video component to go along with the Walmart+ membership it plans to offer in answer to Amazon Prime. But TikTok is nothing like the long-form video Prime members get from Prime Video, and shouldn’t be morphed into that. TikTok should just be TikTok. TikTok is a premier space for digital advertising. Walmart said in a statement that TikTok might present “an important way for us to reach and serve omnichannel customers as well as grow our third-party marketplace and advertising businesses . . .” Walmart is putting together all the pieces needed to sell programmatic advertising on its sites, similar to what Amazon has done. (Amazon now controls 8% of the digital ad space and its ad business is growing rapidly.) One of those sites could be TikTok. Fast Company 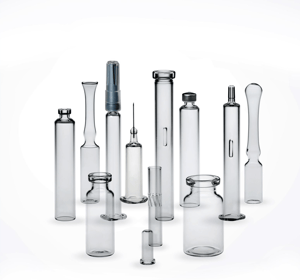 Stevanato has been ramping up for a Covid-19 vaccine for months. The firm hired more than 580 new workers in the first six months of 2020. In late June, Stevanato signed a deal with Norway’s Coalition for Epidemic Preparedness and Innovations (CEPI), a Gates Foundation-backed group that is assisting with scaling nine different Covid-19 vaccine projects — including efforts by Boston-based biotech Moderna and Oxford University — to supply 100 million borosilicate glass vials for up to 2 billion doses of vaccine. Forbes

Founded in 2013 as a late-night service for college students to order junk food, rolling papers and condoms, GoPuff has gone mainstream, and now offers 3,000 items ranging from over-the-counter medicine and laundry detergent to pet food and nail polish—all delivered in around 30 minutes for a flat $2 fee. “We started this business because the convenience store was anything but convenient,” says Ilishayev. Adds Gola: “The immediacy we offer is unmatched.” Its warehouses, set up in rented spaces of 10,000 to 15,000 square feet, are the key to how it competes in the crowded, cutthroat delivery business that swelled to $66 billion even before the pandemic, according to GlobalData. Unlike other middlemen like Instacart and Uber Eats, GoPuff acts more like a retailer, buying directly from giants like Anheuser-Busch, PepsiCo and Unilever. It generates revenue not so much from the nominal delivery fee, but from slapping a hefty markup on the stuff and, increasingly, selling better placement on its app. Business has been booming since the pandemic hit. Sales reached an estimated $250 million in 2019, and orders are up 400% this year, but it is not profitable and admits it’s still not making money on a fourth of its centers. Forbes

The Next Big Activewear Opportunity

Teddi Mellencamp spent a lot of time in her most recent pregnancy frustrated by the kind of workout clothes available on the market. As the founder of the fitness and nutrition coaching program AllIn by Teddi — who also happens to be on the Bravo reality series “Real Housewives of Beverly Hills” and has nearly one million Instagram followers with whom she shares fitness and lifestyle products and advice — activewear brands send Mellencamp a lot of free product in the hopes that she’ll mention it on her Instagram page or to her clients. Most of the products she tried on while carrying her now six-month-old baby girl had too much compression, or weren’t soft enough, or had seams that dug into her skin. “I’m not naming any names, but I didn't love the fabrics,” Mellencamp said. “It's really hard even to size up in most things like some of my other favourite pants because they roll down or they push into my lower stomach. There's something that's missed in the middle … and the focus, really, for us moms when we're pregnant is that we want to be comfortable.” Instead, Mellencamp settled on the “Align” leggings from Lululemon, one of the few non-maternity offerings that worked for her activewear needs during her pregnancy because of their softness and seamless waistband, she said. BoF

Marketing in the Age of Resistance

Modern consumers are as politically and socially conscious as ever. While some brands respond out of fear of alienating sects of their audience, a recent Morning Consult study found that merely saying the “right things” or “standing in solidarity” no longer cut it with consumers. They want the brands they support to back up those platitudes with action. At the moment — with protests against racial injustice continuing across the globe — companies face increased pressure to denounce discrimination publicly and solidify their commitments to diversity and inclusion. We have recently seen companies respond to this demand in a variety of ways. After George Floyd’s death, some brands posted brief messages of support and solidarity on social media, while others launched full-scale multichannel marketing campaigns. Regardless of the approach, companies should proceed with care when commenting on current events — especially when they involve social justice or politically polarizing topics. Throughout the digital age, businesses have amassed massive paper trails on their websites and social media accounts. With a small amount of legwork, consumers can easily comb through a company’s receipts to see which brands are offering lip service and which ones genuinely care. Any inauthentic or inaccurate statements about your commitment to diversity or equal rights can quickly be debunked, ridiculed, and shared virally across the internet. Harvard Business Review

LEGO is on track to open 74 new stores this year, and its sales are up 14% during the pandemic. Its CEO said 'more adults than ever' are building LEGO sets.

LEGO has seen sales and profits jump in 2020 and is on track to open 74 new stores this year, in contrast to the struggles of many retailers during the pandemic. The Danish toymaker opened 46 retail stores between January and June, it said in its interim financial results, and expects to hit its target of 120 new outlets in 2020, with 80 in China. Consumer sales from January to June were 14% higher than in the same period in 2019, and operating profits had grown 11%. Worldwide retail sales are expected to fall by nearly 6% in the pandemic. The closure of stores during lockdown has caused headaches for many retailers — in the UK, for example, retail jobs have been cut faster that at any time since 2009. Business Insider