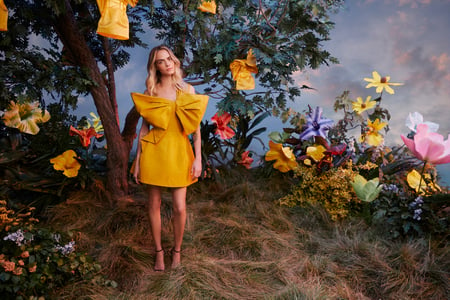 After months of industry speculation, Amazon is finally launching its Luxury Stores experience. Oscar de la Renta is the first and only label to open a shop-in-shop today, though more established and emerging ready-to-wear, accessories, and beauty brands are expected to join the new platform in the weeks to come. Christine Beauchamp, president of Amazon Fashion, tells Vogue, “We’re excited about creating an elevated and inspiring customer experience, while also infusing innovative technology to make shopping easier and more delightful.” Luxury Stores is launching on Amazon’s mobile app, and eligible U.S. Prime members will receive an invitation to experience the service via email. Anybody who doesn’t have an invite from Amazon in their inbox this morning can register for one through the new website. Beauchamp explains the strategy: “Mobile shopping is incredibly important for our customers. We find that the Amazon fashion customer overwhelmingly shops fashion in the mobile experience, so we began it with mobile, where our customer begins. In fact, in the past year [Amazon] customers have ordered over a billion fashion items on mobile.” Vogue 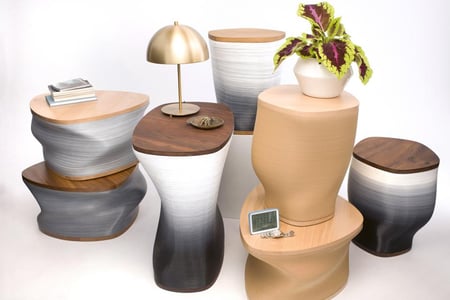 B8ta cofounder Phillip Raub spent the last five years seeking to reinvent retail stores, opening retail-as-a-service, data-driven showrooms for online brands. Now he wants to disrupt the furniture industry. Raub is the CEO at Model No. (pronounced Model Number), a startup pioneering the use of 3-D printing, custom fabrication, and eco-friendly, plant-based polymers to produce furniture. Model No., a two-year-old company based in Oakland, California, announced Raub’s appointment today. Raub remains on b8ta’s board as a non-executive member, and retains his ownership stake in the company, but he stepped down from an active role in March, as the pandemic was disrupting the retail world, and in particular b8ta’s high-touch, experiential brand of retail. Forbes

When guests arrived at Jason Wu’s runway show earlier this week, they were ushered into his vision for Tulum by way of Lowe’s, the home-improvement chain that furnished nearly one thousand tropical plants to line the runway, plus distressed wood chairs for guests. That a big-box store better known for its selection of plumbing fixtures and power tools was sponsoring one of New York Fashion Week’s marquee events is a sign of just how deeply the pandemic has upended the usual formula for how designers pay for shows. Typically, automakers, airlines, high-end liquor distributors and other luxury-adjacent brands are lined up months in advance to foot at least part of the fashion week bill. This year, with marketing budgets slashed and few live events on the calendar, it was more of a last-minute scramble. For Wu and Lowe’s, it was also an opportunity. BoF

J. Crew has a chance to recapture its cool factor. The parent company, J. Crew Group, has emerged from bankruptcy, completing a four-month restructuring process involving sharply reducing its debt and bringing in new ownership. On Friday, the company said it’s now “well positioned for long-term growth,” after having converted $1.6 billion of its $1.7 billion of debt into equity, establishing Anchorage Capital Group LLC as its majority owner. Anchorage Capital Group is a New York-based registered investment adviser founded in 2003. The firm manages private investment funds, with a focus on defaulted and leveraged issuers. Anchorage, along with GSO Capital Partners LP and Davidson Kempner Capital Management LP, among others, has provided J. Crew Group with a $400 million exit term loan due 2027 to support the business operations. In addition, the company has access to a new $400 million ABL credit facility due 2025 agented by Bank of America N.A. WWD 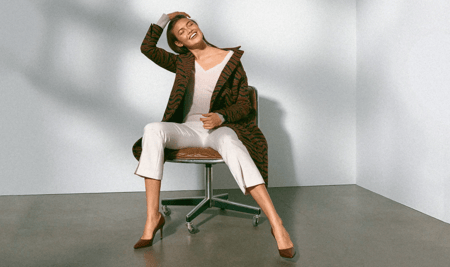 If you could wear an unlimited number of outfits by top designers for $159 a month, would you do it? According to Rent the Runway, just 6% of its Unlimited subscribers rented 16 or more items each month. That’s why today, the company announced that it’s sunsetting its Unlimited Swaps plan, which it first introduced five years ago. Even before the pandemic, the company found that most customers weren’t interested in constantly changing their outfits. So customers will now have the option of ordering 4, 8, or 16 items a month, delivered in one to four shipments depending on the plan. The new plan will go into effect in early 2021, but for now the company is no longer accepting new Unlimited members. Fast Company

Meet PowerZ, a new French startup founded by Emmanuel Freund, the founder of popular cloud gaming service Shadow, as well as former Shadow employees. The company wants to develop a video game that is as engaging as Fortnite, but with a focus on education. It is both an edtech startup and a video game studio. PowerZ has raised a $3.5 million (€3 million) seed round from Educapital, Hachette Livre and various business angels, such as Pierre Kosciusko-Morizet, Michaël Benabou and Octave Klaba. After turning Shadow into one of the most valuable French startups, Freund stepped back and took some time to think about his second act. He spent some time with his two children aged 5 and 8 years old. TechCrunch