Sephora is working to ramp up the percentage of shelf space it dedicates to brands founded or owned by people of color via the Sephora Accelerate program. Brands that make it through next year’s six-month business workshop will likely find themselves entering into the retailer. “Sephora’s intention is to launch each brand, in the capacity that makes sense, that participates in the Accelerate program in its entirety,” a spokeswoman for the company said. Applications for the program open today via sephoraaccelerate.com, and remain open through Oct. 15. Next year’s program is exclusively focused on brands founded and owned by people of color, the retailer said. Sephora is looking for makeup, skin-care, fragrance, wellness, hair and accessory brands based in the U.S. with products that haven’t yet landed major distribution. Founders who are selected to participate in the program will have access to “boot camp,” mentorship, grants and funding. “The retailer’s goal now is to provide founders with the community and ecosystem to support their launch at Sephora,” the spokeswoman said. WWD 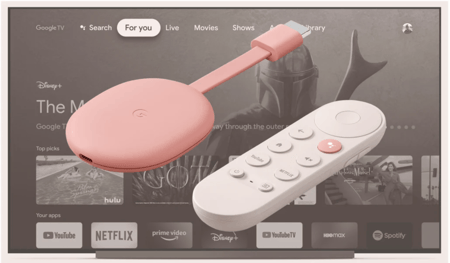 It took about a decade, but Google may have finally gotten streaming TV right.On Wednesday, the company is launching Chromecast with Google TV, a $50 4K streaming device that’s an answer to wildly popular streaming dongles from Roku and Amazon. Unlike previous Chromecasts, which required a phone or tablet to play videos on the TV, the new version comes with a proper remote control and its own on-screen menu system. While the hardware ticks all the requisite boxes—4K HDR, Dolby Vision, Dolby Atmos, HDR10+, decent performance—it mostly exists to showcase the new “Google TV” software, which brings the catalogs of Netflix, Amazon Prime, Hulu, and several other popular streaming services into one universal guide. The idea is to spare users from having to jump through lots of apps just to find something to watch. Fast Company 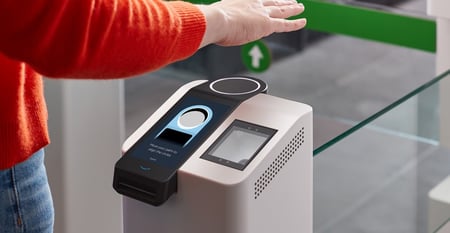 In the middle of a pandemic when customers are often wearing plastic gloves to stores alongside their face masks, Amazon’s physical retail team is introducing a new biometric device that will allow shoppers to pay at Amazon Go stores using their palm. The company on Tuesday introduced its purportedly “contactless” Amazon One, a scanner of sorts where you’ll first insert your credit card, then hover your palm over the device to associate your palm signature with your payment mechanism. Once your card is on file, you’ll be able to enter the store in the future just by holding your palm above the Amazon One device for a second or so. While you’re not actually supposed to press your palm down on the device itself, it’s a new technology that will require user education — and that could be a problem, at least in the short term. TechCrunch 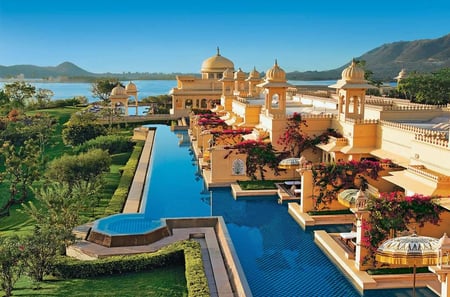 Mandarin Oriental Hotel Group and The Oberoi Group have today announced a long-term strategic alliance that will see the two groups jointly collaborating across a range of initiatives. This unique partnership creates a platform for the two organisations to work more closely together while retaining each brand's unique heritage and identity. This global alliance between two historic, multi-award-winning hotel groups has been designed to appeal to the loyal guests of both brands. By working together across all facets of the guest experience, the two groups will curate new and exclusive experiences, available at Oberoi and Mandarin Oriental hotels. The alliance greatly increases the global reach of both groups, providing guests with increased choice in breadth across the globe as well as depth in India. Members of Fans of M.O. and Oberoi One, the brands' respective recognition programmes, will have privileged access to over 50 luxury hotels in sought after destinations, where they will receive superior recognition, exclusive experiences and offers, as well as invitations to bespoke events. Hospitality Net

Singapore Airlines Has Converted a Parked A380 Plane Into a Restaurant

As the pandemic stretches on and many planes remain grounded, one thing is becoming clear: People really miss flying. Flights to nowhere, in which planes take off and land at the same airport, are consistently selling out, and even just listening to airline boarding music has been a comfort to some formerly frequent fliers. Now Singapore Airlines is giving would-be passengers another opportunity to recreate the air travel experience. For two days in October the carrier is converting one of its grounded Airbus A380 planes into a pop-up restaurant at Singapore's Changi airport.Customers can book seats in all four cabin classes—first, business, premium economy, and economy—on the airline's largest jet for the lunchtime dining experience, which will last up to three hours. Each cabin will have its own special menus curated for the double-decker plane's restaurant. Although exact menus (along with prices) will be unveiled when booking opens on October 12, the carrier says that meal options will include signature international Singapore Airlines dishes, as well as "the best dishes from our Peranakan menu, specially designed by acclaimed Singaporean chef Shermay Lee." The meal will also include two complimentary alcoholic beverages and unlimited nonalcoholic drinks. Conde Nast Traveler

American Dream will put Triple Five’s model of touch-and-feel experiences alongside retail to the test. “We don’t view ourselves as a shopping center,” Mark Ghermezian said. “We’re a destination.” The pandemic has prompted Triple Five to put in place a number of safety precautions. Capacity at the center will be capped at 25%, to allow for social distancing. Facial coverings are required — unless you’re going down one of the water slides. Visitors to the Nickelodeon Universe Theme Park and DreamWorks Water Park will have their temperatures checked through thermal body scanners. Operating hours will be reduced. And fresh signage throughout the mall is embellished with its new ”#DreamSafe” motto. The retailers at the megamall will open on a rolling basis, according to the Ghermezians. The luxury wing, which includes a sprawling Saks Fifth Avenue department store, Gucci, Hermes and Louis Vuitton, is now slated for a March debut. CNBC

Poshmark has initiated the process of becoming a publicly-traded company, filing a draft registration statement on Form S-1 with the Securities and Exchange Commission on Friday, according to a press release.The company has not yet determined the number of shares of Class A common stock to be offered to the public or the proposed stock price range. The IPO is subject to the completion of the SEC's review process, as well as "market and other conditions," the company said in a release. Retail Dive

China Gears Up For “Revenge Travel” During its Golden Week Holiday

China’s cities are in full gear to cash in this week on a tourism opportunity shaped in part by global travel restrictions from the pandemic. Around 550 million citizens are expected to hit the road from Thursday (Oct. 1), according to official estimates, as the country begins celebrating Golden Week, the eight-day break that spans the National Day holiday tomorrow and the Mid-Autumn Festival. The number may have shrunk compared with the nearly 800 million tourists who traveled within China last year during the holiday, a rare long official break in a country that has few public holidays. But it is still a stunning figure given global travel is not expected to rebound to pre-pandemic levels until 2024, as most parts of the world continue to play lockdown “whack-a-mole” to fight spikes of the coronavirus. Quartz