In an exclusive research report for World Retail Congress, renowned data science experts, Crosswalk Labs, together with the thought leadership and retail expertise of TRAUB bring you the findings from what over 5 million opt-in online shoppers in the US are doing and buying via their social media platforms. As stores re-open and COVID-19 remains very real, what can we learn from the current consumer mindset, purchasing decisions, values and interests? How can retailers use this information to optimize their performance? Crosswalk Labs and TRAUB will take a deep-dive into behaviours in the apparel, beauty, health, wellness and home verticals. Learn how to use this information to inform your engagement and conversion strategies in a world of continuing uncertainty. World Retail Congress 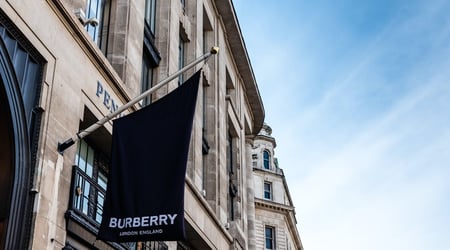 The trench-coat maker intends to sell a sterling sustainability bond, as the socially responsible debt market increasingly grows beyond utilities, banks and governments. Calls about the five-year deal start on Thursday, according to a person familiar with the matter, who asked not to be identified because they’re not authorised to speak about it. Burberry has highlighted a focus on corporate responsibility, including animal welfare and sustainable cotton farming, as it seeks to win over socially conscious consumers and investors. The planned bond sale also comes as the UK company starts to get over the worst effects of the coronavirus crisis, which caused sales to fall by almost half and prompted 500 job cuts worldwide. The company has repaid a £300 million ($388 million) banking facility, which it drew down at the height of the virus crisis, it said in a statement announcing its first-ever bond sale. The strength of its brand, a strong presence in China and “robust” liquidity also meant that Moody’s Investors Service Inc. gave the planned notes an investment-grade Baa2 rating. BoF

J.C. Penney Co Inc's landlords are nearing a deal to rescue the beleaguered department store chain from bankruptcy proceedings, averting a liquidation that would have threatened roughly 70,000 jobs and represented one of the most significant business collapses following the coronavirus pandemic, people familiar with the matter said. Mall owners Simon Property Group Inc and Brookfield Property Partners LP have teamed up to acquire J.C. Penney’s retail operations, and they were putting the finishing touches Wednesday on an agreement ahead of an afternoon court hearing, the people said. The restructured retailer is expected to operate about 650 stores, they said.Hedge funds and private-equity firms financing J.C. Penney’s bankruptcy, meanwhile, would take ownership of about some of those stores and the company’s distribution centres after forgiving portions of the Plano, Texas-based company’s $5 billion debt load, one of the people said. The lenders, led by H/2 Capital Partners, would own those assets in two separate real estate investment trusts. BoF

LVMH Is Calling Off Its Tiffany Mega-Deal. What Now?

It was meant to be the biggest deal in the history of the modern luxury industry. It isn’t happening. After months of speculation, LVMH has called off its planned mega-merger with American jeweller Tiffany & Co. The break up has not been amicable so far. Tiffany is suing the French luxury conglomerate. The $16 billion deal has looked dicey for months. Rumours that it might not go ahead as planned emerged as early as March, as Covid-19 began to batter the luxury sector, whose sales are set to shrink by as much as 35 percent this year, according to Bain. LVMH issued statements to diffuse speculation that it planned to buy the jeweller’s shares on the open market, a strategy that could have potentially helped it negotiate a better price for Tiffany in light of the post-pandemic decline in its stock price. But behind the scenes, the company was allegedly dragging its feet in obtaining necessary regulatory permissions, a bid to renegotiate the terms of the deal, according to a Tiffany statement outlining the lawsuit it filed against LVMH in Delaware on Wednesday. BoF 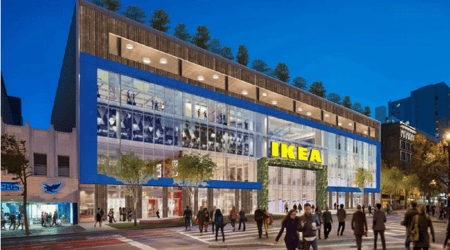 In the age of COVID-19, it’s completely unclear when normal life will resume—and what “normal” will even be when it does. But that’s not stopping Ingka Group, the parent company of Ikea, from expanding, and doubling down on brick-and-mortar stores. Ingka’s Centres division just announced that it will spend $260 million to open a mall in downtown San Francisco in the fall of 2021. (And yes, the mall will have an Ikea inside to boost the commercial appeal of its property to, in turn, lease space to other companies; aside from its $35 billion furniture business, real estate is Ingka’s global business plan in a nutshell.) But beyond the Ikea store, Ingka has a lot more planned for the space. “It will eventually serve as a mixed-use ‘meeting place’ that could include retail, residential, hotel, flexible working spaces, [food and beverage], community services, etc.,” an Ingka Centres spokesperson writes. “We will work with San Franciscans to develop the space based on their wants and needs.” Fast Company 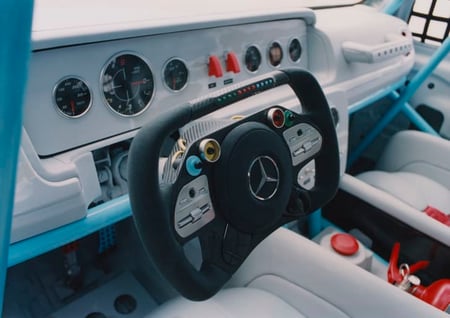 Artistic director of Louis Vuitton menswear Virgil Abloh has unveiled his newest project: a spin on a classic Mercedes-Benz, reimagining the company's G-Class as a streamlined racing car. Project Geländewagen, first announced in July, is a celebration of the SUV which turned 40 last year. Abloh worked with Mercedes-Benz chief design officer Gorden Wagener on the one-off creation -- and while it's not driveable, it has been designed down to the last detail."I like things that stand out in a crowd," Abloh said in a joint video conference call with Wagener. The G-Class, he continued, which is often used for off-roading, has an "unassuming silhouette" that one might expect to be better suited "for the mountain." To remix the car, they looked to NASCAR vehicles for inspiration. "We played with this freedom of cross-pollinating different attributes of race cars and car design," he explained. CNN