Visions Into the Future

CallisonRTKL recently conducted in-depth interviews with 25 business leaders around the world, from luxury jewelers in New Jersey to creative types in Beijing. Together with Traub, CallisonRTKL articulated how the insights from the study fit into pre and post COVID attitudes across retail, urban spaces, architecture and digital. This project uses the research and deep industry expertise of both companies and their clients to provide guidance for strategic planning in a new business landscape. Traub 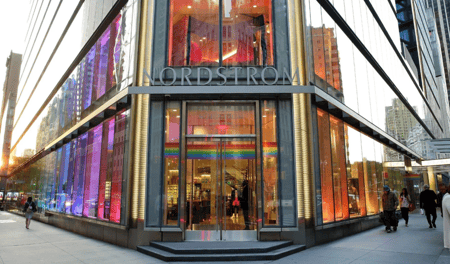 Nordstrom unveiled its first gender-inclusive collection on June 10, named Be Proud by BP., which was made by the retailer's in-house label Nordstrom Made. The collection features several different pieces from tie-dyed shirts and hoodies, to vibrant shorts, tank tops, and other accessories. In total, the collection has 28 styles across apparel and accessories ranging from $7 to $75. BP. Be Proud is meant to offer different styles and pieces for all people, regardless of gender identity. "One of the most beautiful things about Pride is the celebration of your authentic self, no matter your gender, race or sexual orientation," the company wrote in its Instagram caption unveiling the collection. "Today, we're excited to announce Be Proud by BP., our first gender-inclusive clothing collection. Bursting with color and designed to celebrate boldly, the line features styles and silhouettes for people of any and all gender identities. Nordstrom is also proud to donate 10 percent of sales from the collection to @truecolorsunited, a nonprofit organization that focuses on youth homelessness within the LGBTQIA+ community. Happy Pride!" Along with the collection, Nordstrom also teamed up with nine dancers across different sizes, gender, and ethnic backgrounds to engage in the same exact choreography for their video campaign. Complex 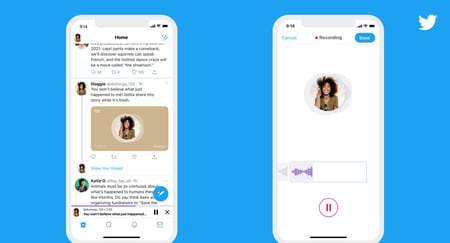 Twitter is rolling out to its platform a new type of tweet — audio tweets — allowing users to share thoughts in audio form inside their feeds. The feature will only be available to some iOS users for now, though the company says all iOS users should have access “in the coming weeks.” No word on an Android or web rollout yet. For users with access to the new feature, the process is pretty straightforward. Users can write a new tweet as they normally might, but now, alongside options to attach a photo or video, there’s a new button where users can record a quick audio message. Twitter shared the full workflow in a tweet from the company’s official account. TechCrunch

Clean beauty brand Beautycounter is joining the big leagues with a pop-up in Sephora starting online in July for a limited time. The company confirmed the collaboration on Tuesday via Beautycounter’s Twitter account. Some of the brand’s most popular products, such as the vitamin C serum and overnight face peel, are set to be sold in Sephora stores on August 7.Beautycounter has been seen as being at the forefront of the clean makeup movement. Notably, it published a list full of 1,800 chemicals that the brand deems questionable or harmful. The company also continues to be an advocate for consumer safety, lobbying for government-regulated personal products. This deal is a no-brainer for Sephora as more and more consumers demand safer personal care products. A 2018 study from Grand View Research predicted that the global organic personal care industry could reach $25 billion by 2025. Fast Company

JBS, the world’s largest meat company, unveiled its own line of plant-based burgers and chorizo alternatives this week, joining Beyond Meat BYND and Impossible Foods in the crowded race to win over consumers with new protein. The Brazillian meat giant originally planned to unveil the line of pea protein products branded Ozo in April but delayed the launch when the pandemic delayed shelf resets at most grocers. They will start appearing on shelves at Albertsons and Safeway locations in Rocky Mountain states like Colorado and New Mexico, as well as Kroger KR stores in 12 states. “We’re not saying that meat is bad,” says Darcey Macken, CEO of Planterra Foods, the new Colorado-based subsidiary of JBS USA where Ozo and other plant-based foods are being developed. “People getting their heads wrapped around plants can be for all different motivations, whether it’s about earth and sustainably or just not eating animals.” Forbes

A new neighborhood being built in Shenzhen, China—which will be roughly the size of midtown Manhattan—will only be barely accessible by cars. The district, called Net City, is designed for humans rather than traffic. The area, which will include new offices for Tencent, China’s largest internet company, along with housing, schools, retail spaces, and public parks, sits at the edge of Shenzhen, one of the most densely populated megacities in the world. Like any typical modern city, Shenzhen is a place “where there’s more places you have to interact with traffic, more roads that you have to cross, and more pollution,” says Jonathan Ward, design partner at NBBJ, the firm that won a design competition to create the master plan for the district for Tencent, with construction slated to begin later this year or next year after other architects design specific buildings within the master plan. “And then, by default, there’s less green space in the really urban, dense parts of the city.” Fast Company

Unilever announced Monday that its brands will pump one billion euros ($1.13 billion) into a climate and nature fund, and pledged net-zero emissions across its entire product range by the year 2039. The consumer goods powerhouse, which owns brands including Marmite, Ben & Jerry’s and Lipton, said the investment will be spent over the next ten years on projects including water preservation, landscape restoration, wildlife protection and carbon sequestration. “While the world is dealing with the devastating effects of the Covid-19 pandemic, and grappling with serious issues of inequality, we can’t let ourselves forget that the climate crisis is still a threat to all of us,” Alan Jope, Unilever CEO, said in a statement. CNBC